Why We’re Updating the Code

Port Angeles is growing. By 2036, the population is expected to increase by up to 5,000 residents. In the short-term, however, local construction activity has slowed due to a variety of factors. The current zoning code has limited flexibility for builders and has been identified by some as a barrier to new housing and commercial space for new businesses as Port Angeles evolves.

The City was recently awarded a Washington State Department of Commerce grant to support code changes that increase residential building capacity and address the design of new commercial and residential development. The three specific actions in this project are:

The City has hired MAKERS architecture and urban design to consult and assist on all three actions.

The City of Port Angeles’ objectives for this project are the following:

The City is leveraging State grant funding ($50,000) to accomplish this work.

The project started in fall 2020 and will be completed by fall 2021. Specific steps are shown below.

Early work on the project involved an in-depth audit of the Port Angeles zoning code and related Comprehensive Plan policies, and a series of interviews with local stakeholders such as business owners, property owners, public officials, and local non-profit groups. Some initial findings that will help guide the project are listed below.

Top findings from the Comprehensive Plan and zoning code audit

Form-based codes (FBC) address the relationship between buildings and the public realm. The public realm is those areas that belong to everyone and are accessible to all –they are the spaces between buildings and the street, parks, trails, green spaces, and other outdoor gathering places. FBC regulates areas that are not typically part of zoning, such as the design of streets, sidewalks, landscape, and other public spaces. FBC recognizes that all of these pieces are all interrelated. FBC pulls the regulations together in one place where their relationships are presented in both diagrams and words to clearly illustrate the design and development objectives for a given area.

While initially started in Florida in the early 1980’s, numerous Washington communities have crafted their own “hybrid” versions of FBC that still regulate permitted uses, but place a greater emphasis on the massing, design and orientation of buildings to the existing or planned streets within a specific district, area, or entire city.

FBC is drafted as regulations to implement a community’s plan for a designated area such as Port Angeles’ commercial zones. They try to achieve a community vision based on time-tested forms of urbanism.

Examples from cities and towns across the country are available from the Form-Based Code Institute. Washington state examples are listed below.

Examples from the Clark County Highway 99 form-based code are shown below. 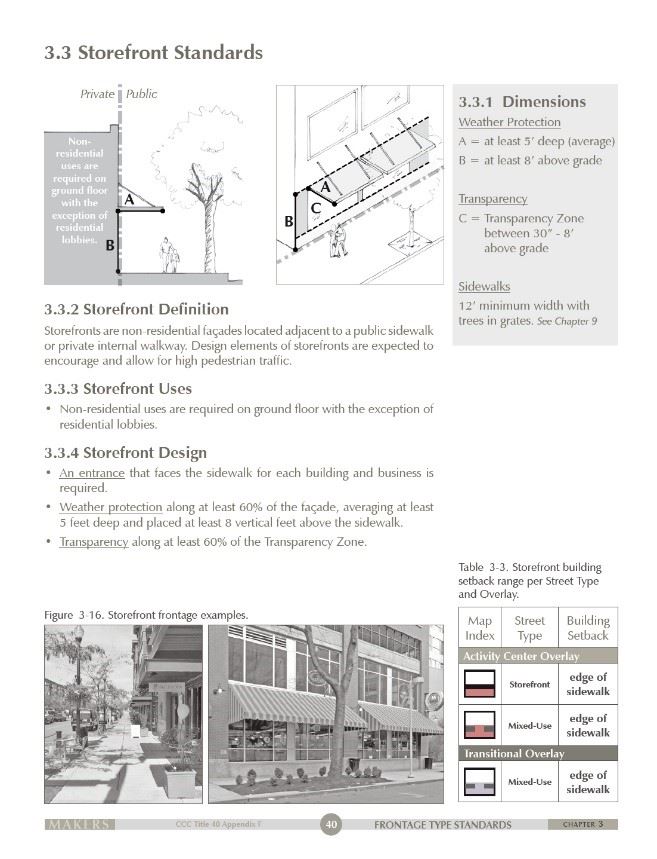 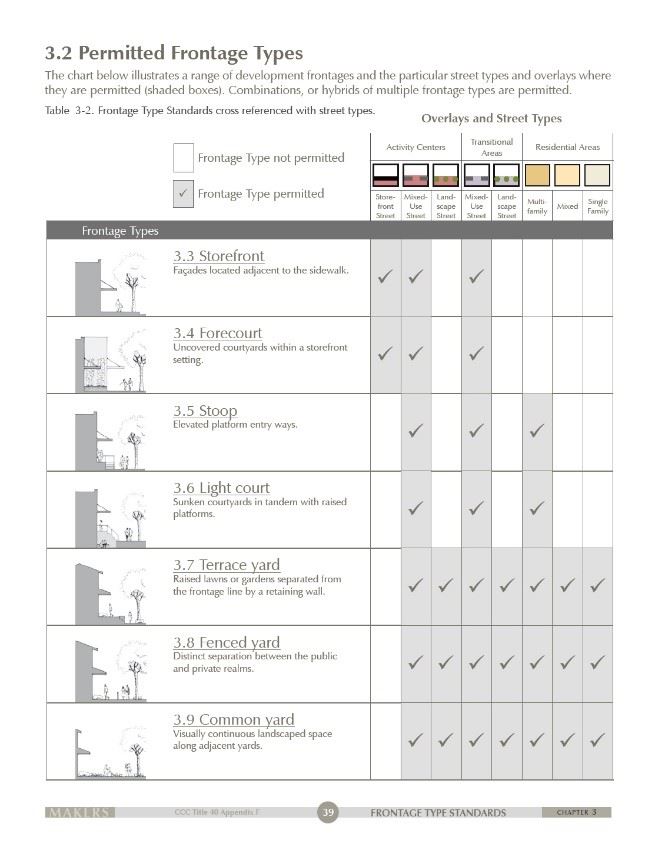 An environmental impact statement (EIS) is an informational document that provides the City, public, and other agencies with environmental information to be considered in the decision-making process. It also allows the public and government agencies to comment on proposals and alternatives. Alternatives for the form-based code could include code amendments for different land use patterns, housing types, street connections and streetscapes, and design requirements.

While SEPA has good intentions, environmental review can sometimes cause delays or uncertainty for projects, and costs can be passed on ultimately to homebuyers, renters, and businesses. To help facilitate housing development in urban areas not meeting the density goals of a Comprehensive Plan, SEPA allows a city to prepare an EIS and adopt an ordinance establishing categorical exemptions. This means residential or mixed-use development that is consistent with City regulations will not undergo new environmental review. Instead it will focus on providing housing that fits with the form-based code, and meets other City code standards such as transportation concurrency, critical areas requirements, etc. Minor amounts of stand-alone commercial development are also allowed.

The EIS provides upfront environmental review for multiple properties, and the resulting Infill Exemption ordinance will save time and expense for all parties.

A plat is a legal subdivision of land into smaller lots or parcels for development, usually for the purposes of building single-family homes. Currently in Port Angeles, up to four lots can be created using the “short plat subdivision” process. The Community and Economic Development Director is responsible for reviewing and approving “preliminary short plats”. With approval, the developer installs or bonds infrastructure such as streets, utilities, and parks. The Community and Economic Development Director then reviews the infrastructure and makes a decision on the “final short plat”. With approval, the developer can then apply for building permits for home construction.

Larger subdivisions of five or more lots go through the regular “subdivision” process. This is the same as short plats, except for “preliminary plats” the project is first reviewed by the Planning Commission and a final decision is made by the City Council. The City Council also reviews the infrastructure makes a decision on the “final plat”.

Washington state law allows up to nine lots to be created in the short plat process. Port Angeles has chosen to adopt that standard up to the maximum allowed. This project will amend the subdivision code to implement the change, and may address other subdivision standards to improve code clarity and ease of administration.