What are Combined Sewer Overflows?

Combined sewer overflows (CSOs) are emergency relief points in sewer systems that carry sewage and stormwater in the same pipe. When heavy rains fill the pipes, CSOs release sewage and stormwater into the Port Angeles Harbor. They prevent sewage backups into homes and businesses as well as infrastructure failure due to capacity exceedance. But, they can harm people and animals living in the water because they carry chemicals and germs.

CSO locations in the City of Port Angeles are located along the waterfront. This map details the City's permitted CSO locations (only the outfalls depicted in green are active). 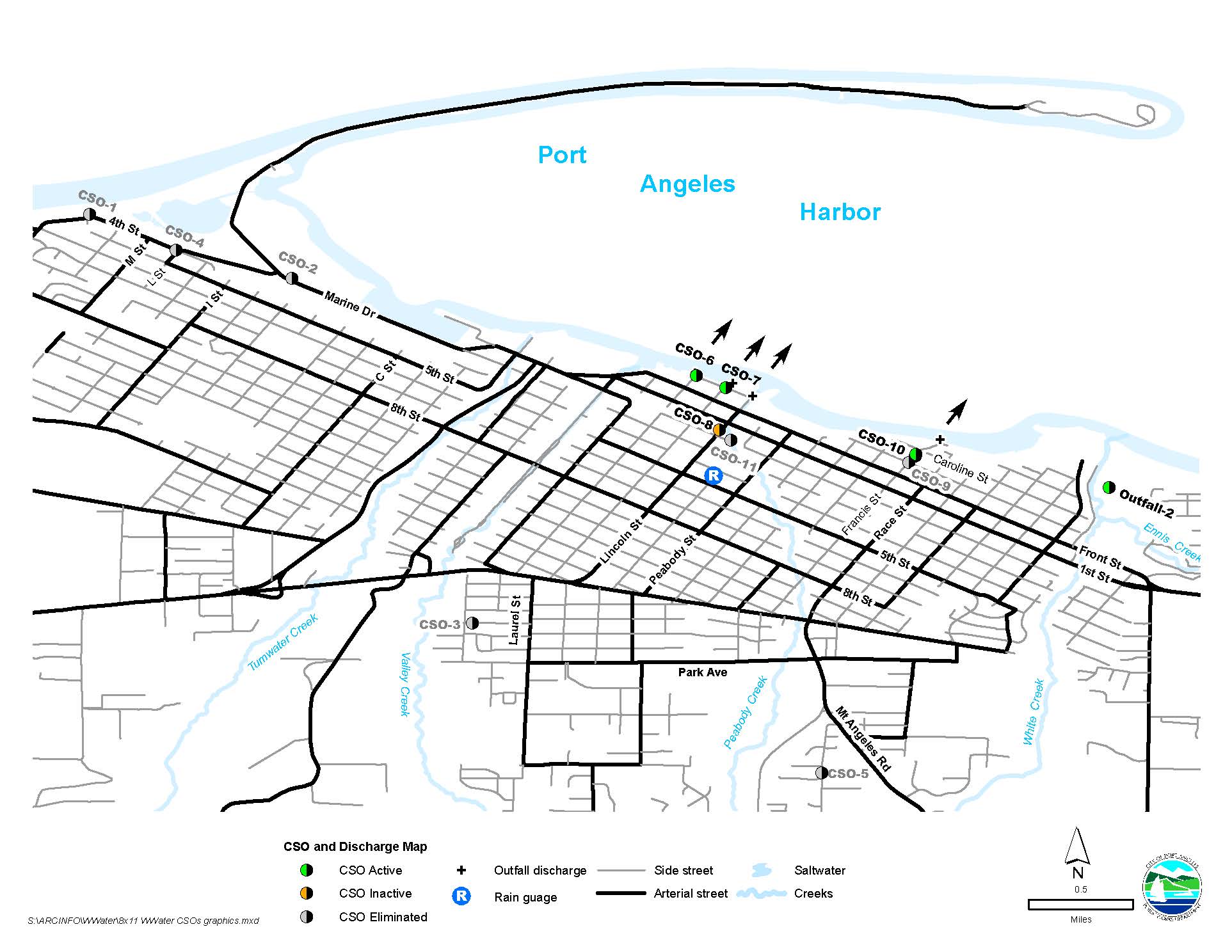 Most of the time, this water is conveyed to the Wastewater Treatment Plant, however during large rain events, the wastewater system's capacity is exceeded, resulting in a CSO. CSOs release roughly 10 percent sewage and 90 percent stormwater.

The City of Port Angeles continues to work on controlling and reducing CSO events by improving and replacing infrastructure that is decades old. The Washington State Standard for controlled CSO overflows is no more than one time each year on a long-term average. Since 2016 the City of Port Angeles has greatly reduced its CSO events and volumes - from an average 70 events per year to an average of 1 event per year, discharging less than one million gallons on average.

Future CSO reduction projects are also included in the City's six-year Capital Facilities Plan, with the goal of reducing the size and frequency of CSO events further.

What should Port Angeles residents do during CSO Events?

Residents should stay out of the water for 48 hours after a combined sewer overflow; contact with polluted water can make you sick.

If you observe an overflow from a sanitary structure to the roadway, or have concerns about a potential CSO event please call 360-417-4745. 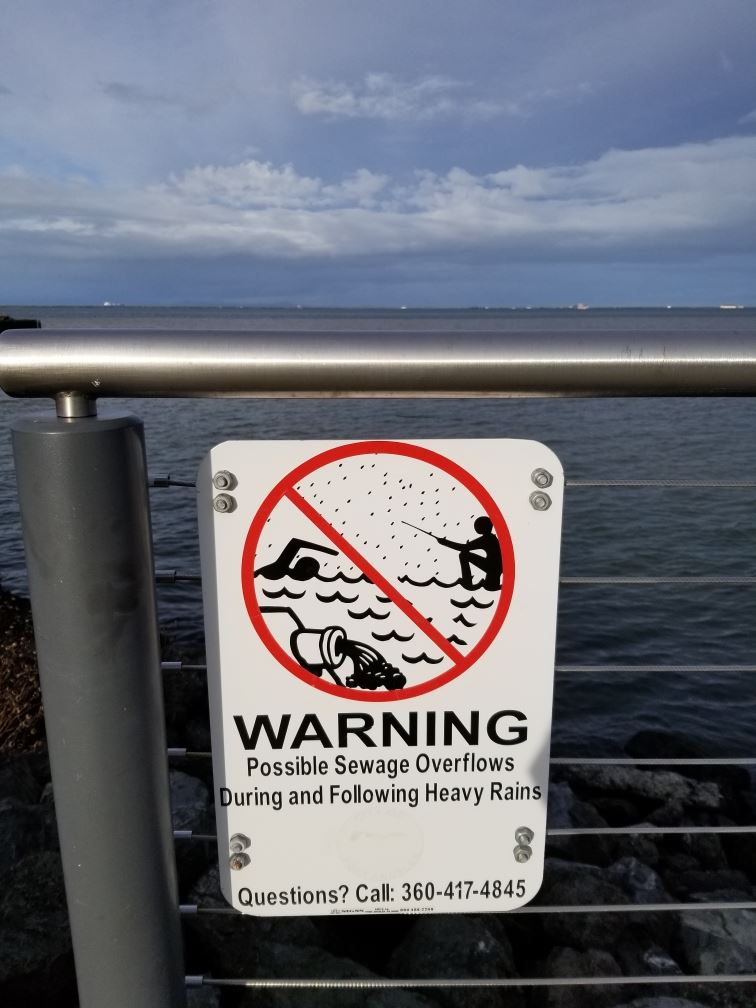