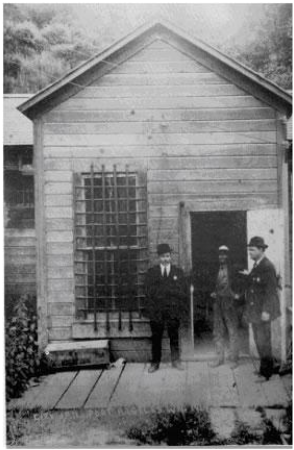 In 1925, the Port Angeles Police Department consisted of a chief of police and three patrolmen.1 Their jurisdiction stretched over roughly 50 miles of land and they provided 24 hour coverage.1 By 1929, the department had expanded to have six personnel.2 And by 1954, there were 15 officers in the department.2 Now, in 2014, the department has 32 commissioned officers.

In addition to regular duties, during the Prohibition years the Port Angeles Police Department also had to deal with bootlegging, rum-runners, and the manufacture of moonshine. Both Chief Banderob and Chief Bourm participated in catching bootleggers, although not necessarily while they were chief of police.

Punishment for bootlegging could include fines and time spent in jail.3 During one raid that Bourm was involved in, “Eight pints of moonshine whiskey, one gallon jug of the same stuff, an empty gallon jug and a dozen empty bottles, said to have at one time also to have contained moonshine,” were seized.4

In 1925, two chicken thieves were caught and, “sentenced to thirty days at hard labor on the streets of Port Angeles, under the supervision of the street commissioner”, in addition to a $5 fine.5 Furthermore, “Judge Peter this morning deplored the fact that chicken stealing had been going on in this city and with the heavy sentence handed the men, hopes to make flocks of chickens in this city safe from night marauders,” stated the newspaper of the day.5

During early days in the Port Angeles Police Department, officers were made aware of a call through two red police call lights that were located at the bottom of the waterfront bluff on top of poles.6 The lights were activated when there was an emergency or incoming call.6

In 1954, the Port Angeles Police Department received a new tool to be used in their work as a gift from a group of local doctors.7 This new tool was called the “Drunkometer” and would be used to test suspected drunk drivers' blood alcohol content.7 Prior to this, the department had to rely on blood testing to accurately determine if a driver was drunk or not.7 In order to do blood testing, they had to have the cooperation of a trained technician from the local hospital to conduct the test.7 The department, before the arrival of the Drunkometer, had only had one technician who was willing to perform the testing for them, so the Drunkometer was a much needed tool.7 Officers who would be using the new Drunkometer for testing blood alcohol content had to undergo special training on how to use the device.7

The Detective Division began in 1981-1982, when Patrolman Robert Vail showed an interest in following up felonies further than his current position allowed.8 Prior to that, the position of detective had not seemed necessary; follow-ups on felony crimes had been performed by Roy Morgan, lieutenant and assistant chief, and by the sergeants in the department.8 Patrolman Vail became the first detective, with Steve Ilk being appointed as the second, and Gale Turton as the third, shortly thereafter.8

The detectives had to make do with little resources at the foundation of the division.8 At that time the police department was located in quarters on Front and Oak and there was minimal room, especially because they shared the premises with the jail.8 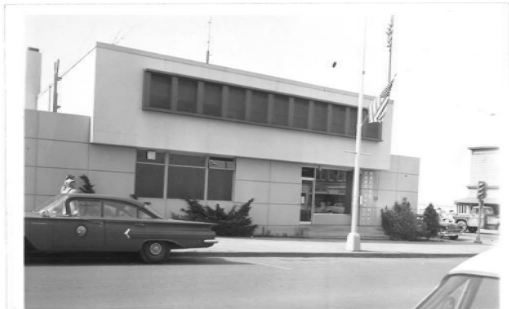 The three new detectives shared a closet for their office until the jail was moved to a new location.8 When the jail was moved, the detectives were given permission to remodel the upstairs of the department into a detective office, so they were able to move out of the closet.8 Furthermore, when the division was first founded, the three detectives all had to share one car that was over twenty years old.8 They would have to respond to calls together in the old car.8 In the second year of the Detective Division, however, they were given three Dodge Diplomats which they could use for their police work.8 The Detective Division now, in 2014, includes three detectives, one detective corporal, and two detective sergeants.

Prior to the initiation of the Field Training Officer Program, the training a newly hired officer received at the department consisted of riding along with a variety of different experienced officers for a period of roughly thirty days.8 At the end of that time, the new hire would be pronounced ready to be on his own.8 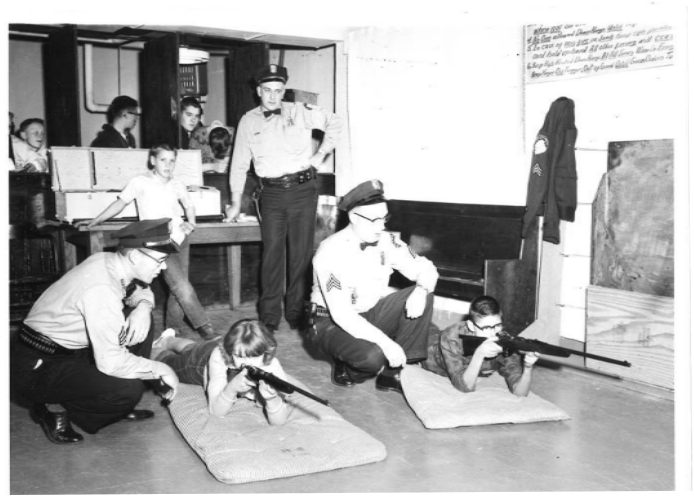 The Volunteer Program started in 1997, with a few volunteers providing limited services.9 It was expanded in 1998 and now provides a variety of community policing services.9 Volunteers have put in well over 50,000 hours of service to date.9

When "on the job," our volunteers wear a uniform unique to their membership.9 They are equipped with a volunteer patrol vehicle, cellular phones, and a police radio.9 Several local businesses and student programs at the Port Angeles High School contributed to supply the volunteers with a portable radar utility trailer used to conduct Radar Speed Watches in local problem areas.9

The Downtown Resource Officer (DRO) position was initiated in 2007.10 Duane Benedict was the first Downtown Resource Officer.11 Shortly after his placement in that position, the Port Angeles Downtown Association wrote the Port Angeles Police Department to express their appreciation of the placement.11 The letter stated that loitering had been reduced, response times to calls were shorter, visibility of the officer was a deterrent to crime, and was good for public relations.11

The DRO has an office located at the Gateway Transit Center and works closely with Clallam Transit involving issues there.10 The DRO also handles other issues in the downtown area.10 The DRO office has become well known to those that frequent downtown Port Angeles, and also has good visibility for tourists.10 Self-initiated activities are perhaps the most important of the DRO's duties.10 Such activities can include positive contacts with citizens and business owners.10 What we know from community policing and our experiences here in Port Angeles, is that criminal and other inappropriate behavior does not occur when police officers are present and active.10 Services provided by volunteers include clerical work, vacation house checks, home security surveys, special parking enforcement, Radar Speed Watches, public safety presentations, crime victim assistance, and the distribution of public notices.

The SRO has specialized training in a variety of areas, including child interviewing.12 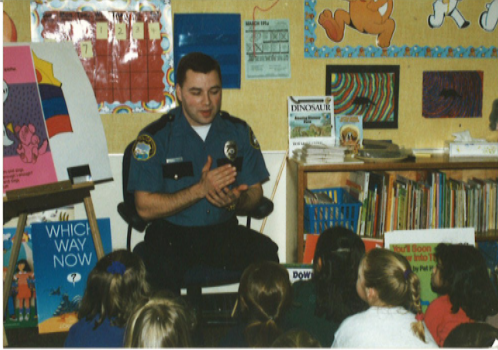 The SRO is the Department’s principal liaison with the staff and administration in the Port Angeles School District.12 He is also the lead in school and student safety initiatives.12 During the summer months, the SRO supports the Patrol and Detective divisions.12